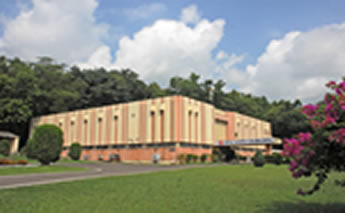 Uranium Corporation of India Limited was incorporated on 4th October 1967. It is a Public Sector Enterprise under the Department of Atomic Energy with a special standing at the forefront of Nuclear Power cycle. Fulfilling the requirement of uranium for the Pressurised Heavy Water Reactors, UCIL plays a very significant role in nuclear power generation of the country. UCIL is an ISO 9001:2015, 14001:2015 & IS 18001:2007 company and has adopted modern technologies for its mines and process plants. The Company operates six underground mines (Bagjata, Jaduguda, Bhatin, Narwapahar, Turamdih and Mohuldih) and one open pit mine (Banduhurang) in the State of Jharkhand. Ore produced from these mines are processed in two process plants located at Jaduguda and Turamdih. UCIL is also operating one underground mine and process plant at Tummalapalle in Andhra Pradesh. The Company has taken up expansion of some of its operations in Jharkhand and started pre-project activities to set up new mines and plants in different parts of the country namely – Gogi in Karnatka, Lambapur in Telengana and KP M in Meghalaya.